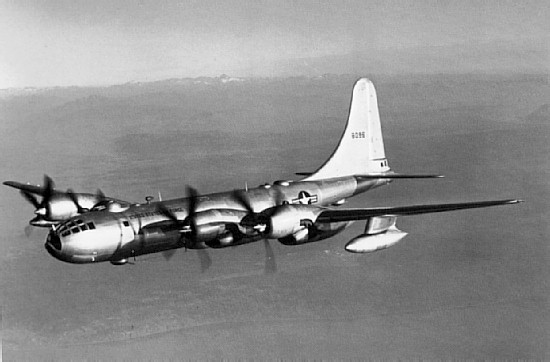 In the early years of the cold war, the United States Air Force was faced with a requirement for an airplane that . could photograph targets deep inside the Soviet Union, Large areas of the Soviet Union, were inaccessible to conventional U. S. reconnaissance airplanes. There was no airplane with sufficient range lb reach deep into the Soviet Union, that could also fly low and fast enough to evade Soviet air defenses.

The giant Convair B-36 was used extensively for reconnaissance in the early post-war period. They were built in two major versions, the standard B-36 bomber variant and the RB-36 version tailored for aerial reconnaissance. The B-36 bomber was equipped with four bomb bays, The RB-36 version had an additional pressurized compartment for camera gear in place of the forward bomb bay of the B-36 bomber. RB-36s carried electronic reconnaissance and countermeasures equipment in the rear bomb bay. The doors of the rear bomb bay were removed and the opening was skinned over. The remaining two bomb bays were equipped with a single pair of bomb bay doors, 100-pound photoflash bombs were carried in the center bomb bays to illuminate the landscape below the airplane for night photography. 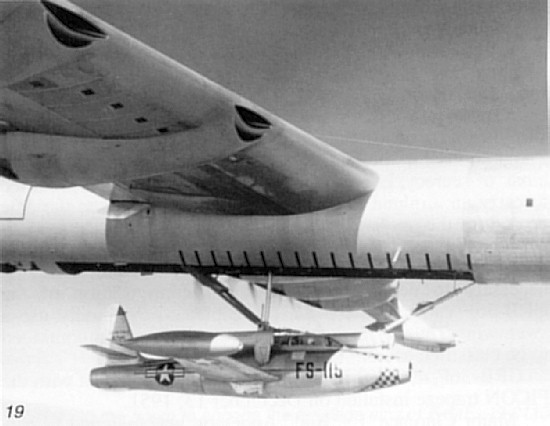 Standard Oil became involved with aviation strictly by a happy accident. When the Wright Brothers were getting ready to test their first "flier" at Kitty Hawk, they needed some gasoline and motor oil for their engine. The nearest source of supply was a boat yard located at Elizabeth City, Standard Oil agent to ship two barrels of motor gasoline and a few pints were poured into the "'flier-s" tank, oil added to the crankcase, and off they flew into history!

There was no such thing as aviation gasoline in the U.S. Pioneer airman had been using, when they could get it, "high test gasoline", the connotation then applied to high gravity fuel. This was merely very light and extremely volatile fuel that would burn in an aircraft engine without causing too much "pinking", or engine knock. These early airmen were well acquainted with the effects of heavier and less volatile fuel that The First World War caused a tremendous demand for new Allies requested that we supply aviation fuel in quantities. Our "Export Aviation" gasoline, although suitable for use here at home, was totally unacceptable by the British and French. and Sumatra gasolines, refused to run properly on our fuel!

Although they had set up new refining equipment to turn out . . . . .

It appears that gliders were used for the first time in warfare, by the Germans in early WW II. In actual combat they used them in attacks on Belgium and other locations.

In other attacks the Germans landed their gliders on the island of Crete, where they defeated the Greek and British Empire military forces stationed there.

In about May of 1941 some contracts were generated by the American military, specifically the United States Navy and Marine Corps. The bids would be for construction of an "aquaplane-type glider or troop transport glider."

The Naval Aircraft Factory (Philadelphia and Patuxent) was requested to undertake preliminary design of a personnel and equipment transport glider, to be of 12 and 24 place amphibian gliders constructed of wood or plastic by firms not already engaged in building military aircraft.. Initial contract was No. 92657 to Allied Aviation Corporation, Dundalk, Md.

The Navy apparently did little research on any of these firms as to their qualifications. The Snead company for instance manufactured library book shelves. Others were in the lightplane business or newly organized firms with no aviation experience.

The mission was to build enough gliders to be able to transport one infantry battalion (715 men) with equipment. They figured that 20 of the PBYs could tow 60 12 man gliders to accomplish their goal or mission. They felt it would be the equivalent of 55 PBY patrol aircraft. . . . . .

The last time I set foot on old France Field, Canal Zone, in 1969,1 was the solitary human on an installation that had been the cradle of what would eventually become a huge Army aviation establishment crafted to defend that engineering marvel, the Panama Canal. I stood in front of the hangar where Charles Lindbergh had housed the immortal "Spirit of St. Louis" during his epic 1928 Latin American tour. As I walked across the unexpectedly crude and rough surface of the former landing area, only sea birds and the ever-present stench of decaying dredge material confronted my senses of sight, sound and smell. It was left to the imagination to picture de Havilland D.H.4s, L.W.F. NBS-ls and later, Martin B-10s, Northrop A-17s and Curtiss P-40s operating from this seemingly crude, landfill aerodrome. A contemporary of other great dawn-age of aviation Army airfields, France Field was created at almost the same stroke as places named

Langley, Carlstrom, Boiling, Brooks and Kelly Fields. By 1969, the remaining hangars and structures were padlocked and utterly abandoned, and the landing area, which had been rutted, pitted and sinking back into the swamp that it had once . . . . . . 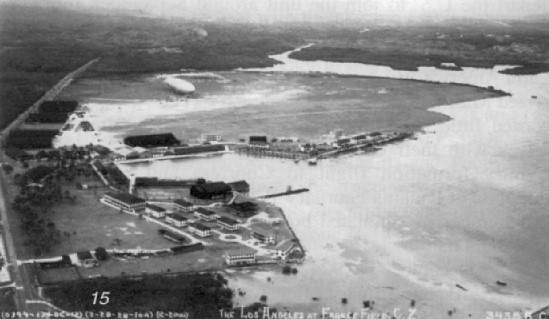 Most aviation enthusiasts would have some familiarity with the Hughes XH-17 heavy lift helicopter but only a few would be aware of the fact that it was initially a Kellett Aircraft project and fewer still that the General Electric Company was a principal player in the origin of the project and also a major contributor.

In the fifth article of this series ( lgor Bensen - the GE Years, Vol, 46,#4) some of Bensen's many experiments with rotary wing systems were described. Included was his work with the Doblhoff helicopter, a machine that was developed in Austria during WW II and later brought to the U.S. for evaluation by the Air Force.

The Doblhoff power system used an engine driven blower to supply a pressurized fuel/air mixture which was ducted through the rotor blades to burners at the blade tips. Such a system had some obvious advantages such as no need for a transmission to transfer power to the rotor and the absence of torque reaction on the fuselage. During the same time period that Bensen was working with the Doblhoff machine, he and GE vice president D.C. Prince had developed close ties with Kellett Aircraft of Philadelphia PA. Kellett was under contract with GE to fabricate and assemble a flight test rig for the proposed GE heliplane which Bensen and Prince were promoting and had also supplied two autogyros to GE for Bensens' experiments.

The possibility of using a Doblhoff type system to power a very large helicopter was a topic of discussion between Prince, Bensen and Kellett's chief engineer Lee Douglas. The scheme appeared to be a neat way around helicopter gross weight limitations imposed by the very large transmissions required for . . . . .

The twin-engined Douglas DC-3, dangerously low on fuel, circled over the city at 1500 feet altitude. An unexpected storm had reduced ceilings and visibility to near zero at all airports along the east coast.

Captain John Booth picked up the microphone and called the American Airlines dispatch office. "Can you give me any airport that's still open?" The dispatcher on duty hesitated and then said, "Johnny, I'm sorry but there isn't anything open within your fuel range."

This story began fifty-five years ago, on a wintry Sunday, January 5, 1947. American Airlines Flight 203 was scheduled from New York to Nashville, Tennessee, with several enroute stops, of which Baltimore and Washington, D.C., were the first two.

The flight departed LaGuardia Field at 5:34 p.m., and was cleared to cruise at 2000 feet. Sufficient fuel was aboard for approximately 3 hours and 30 minutes operation. 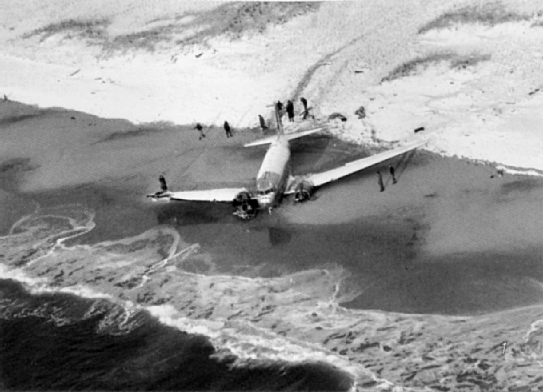 The Pure Oil Company began operations on 9 April 1914 as the Columbus Production Co., Columbus, Ohio-12 days later becoming The Ohio Cities Gas Co. upon acquisition of firms supplying natural gas to Columbus, Dayton, and Springfield. Oil was a secondary phase of the business until acquisition of oil and gas leases in West Virginia. On 14 December 1914, an oil producer was brought in at Cabin Creek, West Virginia, on land belonging to Williams Coal Co-putting the company into the oil business. By 1916, the Cabin Creek refinery had been started, and the producing and refining properties of Southwestern Petroleum Co. were purchased. By 1918, Ohio Cities Gas had completed purchase of all the properties of Pure Oil Co. (New Jersey), and on I July 1920 the corporate name was changed to The Pure Oil Co.

A period of acquisition by Pure followed-until, by 1925, Cornplanter Refining Co., of Pennsylvania; Moore Oil Co., of Ohio; Pure Oil Co. (South Dakota); Oklahoma Producing and Refining Co. of America; and Humphreys Oil Co. of Texas had been added by Pure Oil. Also during this period the Heath refinery at Newark, Ohio, and Smiths Bluff refinery of Nederland, Texas, were constructed. . . . . 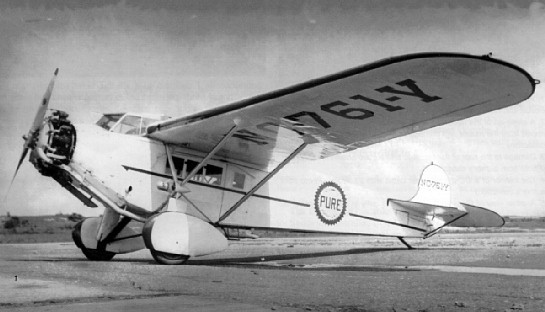